Is zero a rational number?

If you are currently studying integers in your math class, you may find that rational numbers are the next topic addressed by your teacher. They may ask the class “is zero a rational number?” Although you know the definition of a rational number, this question can stop you in your tracks.

Knowing basic properties regarding integers and rational numbers may seem like a one-time lesson in your mathematics career, but being able to fully comprehend the purpose and the rules of rational numbers can directly help you with other complicated math concepts. Instead of just thinking the old narrative that learning a math lesson will only pertain to your specific lesson, quizzes, and tests, truly understanding rational numbers can help you learn how to solve multi-step problems in the future.

By using critical thinking skills to find answers to questions such as “is zero a rational number?”, you can help simplify complicated equations and find the solution.

First – what is a rational number?

Before you can determine if zero is a rational number, we need to brush up on your definition of rational numbers. A rational number is any number that can be presented as a over b, where b is not equal to zero. Like this:

Therefore, practically every fraction that you have worked with in the past can be defined as a rational number. The only condition is that the “bottom” number in the fraction – also known as the denominator – cannot be equal to zero. Therefore, all whole numbers are rational, since any rational whole number can be expressed as a fraction with 1 in the denominator slot. 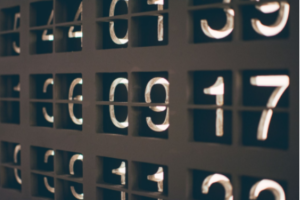 When looking at a fraction, sometimes the numerator can be zero. This means that a can equal zero, but b is not equal to zero. For new learners, just seeing a zero in the equation can sometimes throw off their thought process. However, keep in mind that a rational number with zero as a numerator can easily be simplified as such:

What are irrational numbers?

One of the most common irrational numbers is Pi (), which has endless digits after the decimal point. If you have studied geometry in the past, you know that Pi is the ratio of the circumference of a circle to its diameter – a number that comes out to approximately 3.14. However, this solution is just an approximation, but not accurate enough to be written as a fraction or classified as a rational number. Since the decimal digits of Pi are nearly infinite, you cannot use a simple fraction that represents Pi.

Furthermore, Euler’s number () is another irrational number that cannot be simplified or written as a fraction. This number is the base of natural logarithms and is an important concept used in the exponential function. Euler’s number is typically written as 2.718, but contains over 1 trillion digits in the decimal – making it impossible to compose in fractional form.

Another common irrational number is the Golden Ratio (), a ratio called “divine proportion”. This unique ratio is a common number that is found in various aspects of our life and culture, not just in mathematics. Appearing in paintings, artwork, sculptures, and buildings, the Golden Ratio is known for being aesthetically pleasing. This number is typically approximated as 1.618, but cannot be expressed in simple fraction form.

So – is zero a rational number?

Why is it important to know if zero is a rational number?

If you are struggling in your math class and you have finally cracked the code to the rational vs. irrational number debate you might still be wondering how this will help you understand difficult math concepts.

Knowing that zero is a rational number can give you deeper insight as to how integers can be calculated and how they function within different equations. Being able to distinguish between rational and irrational numbers can help you understand more difficult concepts that you previously had a difficult time understanding.